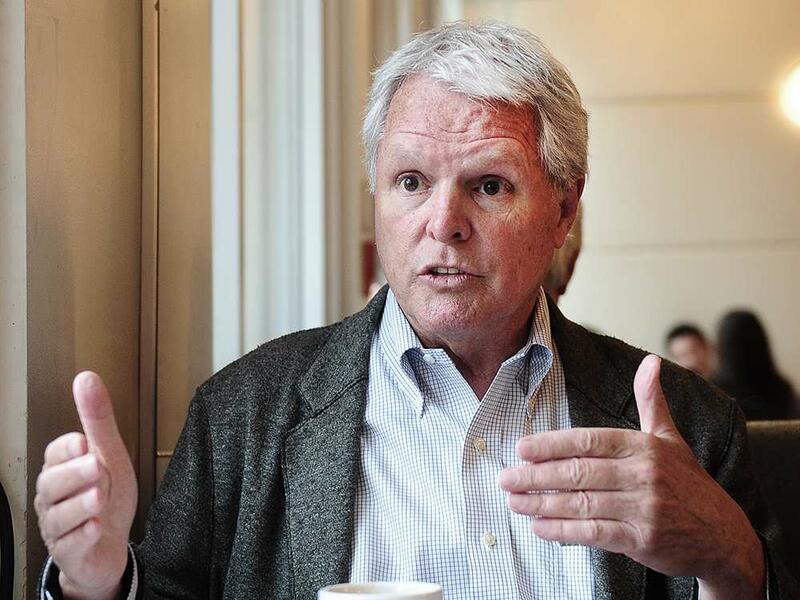 "I will be blunt, and I'm going to be persona non grata at city hall," says former Vancouver co-chief planner Larry Beasley, who has a new book entitled Vancouverism.

Sipping an Americano in a Yaletown cafe recently, Larry Beasley seems at home. That makes sense. Not only does he live a short walk away, he has his fingerprints all over the neighbourhood.

Beasley’s love for this area, and the city at large, is evident throughout his forthcoming book “Vancouverism”. But Beasley, Vancouver’s co-director of planning from 1994 to 2006, doesn’t shy away from acknowledging past mistakes, nor levelling critiques of its future direction.

Vancouverism takes its title from an urban planning term the city’s own website describes as a combination of a “deep respect for nature with enthusiasm for busy, engaging, active streets and dynamic urban life.” The book, out this month from UBC Press, is an insider’s view of how, especially during Beasley’s decades inside city hall, the Terminal City came to be an internationally renowned exemplar of livable, family-friendly urban neighbourhoods.

Of course, as Beasley notes, that evolution and international attention also came with its share of challenges we see now, particularly concerning affordability.

Beasley also has concerns about the future, including around the city’s recently adopted plan for the False Creek Flats, the area he writes will “undoubtedly be the biggest growth area of the inner-city for the foreseeable future.”

Beasley outlines some of his worries in Vancouverism, and expanded on them in a recent interview with The Vancouver Sun.

“I will be blunt, and I’m going to be persona non grata at city hall on the question of the False Creek Flats,” Beasley said. “False Creek Flats is a huge, huge mistake.”

The False Creek Flats plan, adopted in 2017 by Vancouver’s previous council, is a long-term vision for the area east of False Creek. The plan’s first guiding principles are to retain and intensify the area’s industrial functions and increase employment from 8,000 to at least 30,000 jobs. (Read the rest)

Reflections on Monuments
CULTURAL CONSULTATION ON UNCEDED LANDS
URBAN ACTION WITH POETRY
PUBLIC WASHROOMS: WHERE TO GO NEXT?
MST FUTURISM: HOSTING THE CITY