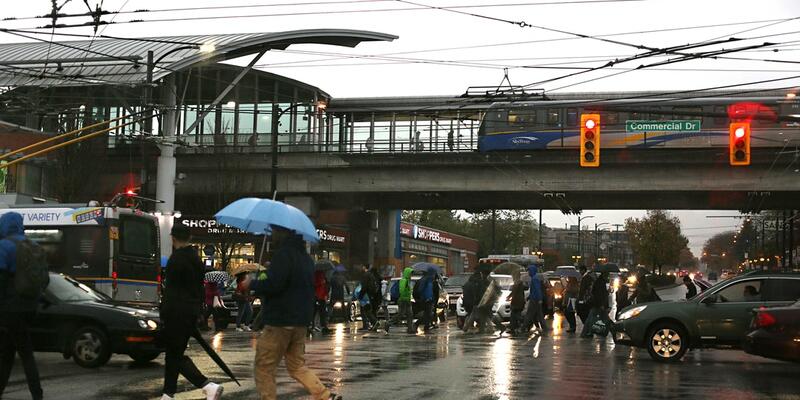 Professor Perl was co-investigator of the Employer Transit Subsidy Study

What this event is about

Earlier this fall, SFU researchers and the City of Vancouver released a report on the Employer Transit Subsidy Study, which investigated how transit subsidies affected the commuting choices of workers at selected downtown Vancouver hotels. The study's findings show that providing these workers with subsidies worth 15 to 50 per cent on their monthly transit passes persuaded a significant percentage of them to leave their cars at home and instead take the bus or SkyTrain to work. The increase in transit-only commuting came with no reduction in walking or cycling.

Transit-only commuting increased by between three and four per cent at the hotels where the experimental transit subsidies were available and increased by less, or even declined, at the hotels where they weren’t. While these seem like small relative increases, researchers say they are significant given the high baseline level of transit commuting among the study population (over half of whom were already transit-only commuters when the study began in 2018).

The increases are also significant in view of the challenges to transit commuting facing many of these workers. Many needed to work on weekends, commute at off-peak hours or had no regular start and end times for their shifts. Less than half of the study population lived in the City of Vancouver, resulting in longer commutes to their downtown workplaces.

Workers in other industries face similar commuting challenges to these, and the researchers hope this study will support a focus on equity, making transit affordable and accessible to those who most depend on it.

Researchers collected all the study data in 2018 and 2019, before the pandemic. Seven participating hotels, along with Unite Here Local 40, allowed the SFU research teams into the hotels at three different times to survey workers about their commuting choices.

Lead investigator professor Peter V. Hall noted that “We have found few, if any, other studies that focus on the how workers in a specific industry respond to transit subsidies, and none that focus on hospitality or tourism workers, who are so vital to Metro Vancouver’s economy. The partnership between SFU, the City of Vancouver, TransLink, Unite Here Local 40, and the participating hotels is what made this study possible and is quite unusual."

Time for questions and conversation will follow the presentation by professor Hall.

This event has a participatory aspect. To engage fully you will need:

Please note: a link to join the webinar will be sent to registrants on the afternoon of December 15.

END_OF_DOCUMENT_TOKEN_TO_BE_REPLACED

The Urbanarium is supported by the passion, time and financial contributions of many individuals, organizations and companies.